When I graduated from UCM in May 2014 with a degree in public relations I never imagined that less than a year later I would be assisting with PR for a major event, let alone an event for Super Bowl XLIX. Fast-forward nine months after graduation, and there I was in the heat of Mark Wahlberg and Michael Bay’s Super Bowl Party. Here’s the story of how my boss and I managed to sort through all of the difficulties, stress and craziness to end up with successful event coverage.

In June, I moved to Phoenix, where I landed a job with FleurComGroup, a boutique PR firm specializing in events. Little did I know that Phoenix just so happened to be where Super Bowl XLIX would be held. My boss and I went about our year and I was soaking up information along the way, perfecting my press releases, coordinating TV segments for various events and building relationships with the local media.

December rolled around and I was feeling very comfortable and successful in my position; that is until I found out that FleurComGroup would be working on the PR for the mega fundraiser Big Game, Big Give hosted by Mark Wahlberg and Michael Bay. Wow. That is quite a jump from the concerts and culinary festivals that I had been working on. My boss and I now had to spread our reach nationally. No pressure, right? I had already been a sponge and absorbed all of the skills I needed to know.

When we received the news my boss and I immediately put our noses to the grindstone. We knew last year’s Big Game, Big Give fundraiser had been huge, but we, of course, wanted to blow it out of the water. We created national entertainment media lists, we drafted press releases, we contacted publicists and we called People Magazine at least 20 times trying to get in touch with someone. In case you don’t know, getting in touch with national media is HARD. It’s even harder when you’re trying to get pre-event publicity when Mark and Michael were both unavailable for interviews. Who wants to talk about a fundraiser if the celebrity hosts can’t give quotes and do interviews? Despite the lack of availability of Mark and Michael, my boss and I made it work.

The party was hosted at the home of Former Arizona Diamondback and current Washington Nationals Manger Matt Williams. Matt and his wife Erika, a former Arizona news anchor, went above and beyond to be available for interviews and we were able to gain pre-event coverage. Now for the even harder part: red carpet coverage.

The event co-chairs, Matt & Erika Williams and super Arizona philanthropists Linda & Bill Pope, wanted to have a red carpet for their guests and celebrities to walk, so now it was our job to fill it with media. You might be thinking, “Mark Wahlberg and Michael Bay are hosting this party. Getting media there can’t be difficult.” Wrong.

Super Bowl weekend brought just about every major celebrity to Phoenix, and if you think there’s only one major party to cover the night before the Super Bowl, then you are sadly mistaken. There are about 10 parties going on, so how in the world do you convince national media to cover your party? That’s when the party guest list comes into play.

Each media outlet wanted to know who planned to attend the party, but of course, any smart celeb knows to RSVP to all the parties so they can party hop. That means there’s no guaranteeing any celebrity will be in attendance, but you can provide a nice list of “anticipated” guests to persuade the media.

The night of the party I was stressing out. We had multiple national media outlets scheduled to be on the red carpet, including Entertainment Tonight, Access Hollywood, E! News, USA Today, In Touch Weekly, etc. and it was my job to make sure they all got the best interviews, videos and photos. Again, no pressure.

When I arrived to the event site, it was pure craziness. People were scrambling last minute to get everything ready and I soon realized in the rush that the stanchions ordered to keep media off the red carpet never showed up. Not a great way to start the evening, but I managed to keep a clear head. We can make it work! Media was showing up an hour before the event started and the PR team was doing our best to keep them in one central location. Before I knew it, it was 7:30 p.m.; the event was starting.

My boss and I manned the red carpet, she was the spotter for celebrities and I stood by the media to announce who was arriving. Everyone was asking when Mark Wahlberg planned to arrive, they had other parties they needed to get to. Well he’s Mark Wahlberg, he’s going to arrive whenever he pleases!

In the meantime, I managed to keep my cool and even made friends with Kevin Frasher, host of Entertainment Tonight. At one point I was even feeding him liners, “It cost $15,000 for a wine tasting with Mark! Ticket for the party cost $2,500 per person!” Eventually Mark and Michael showed up and madness ensued. The media was going crazy trying to get an interview or that perfect picture they could use. Mark and Michael are pros, so they handled all of the hustle and bustle in stride and politely did interviews with a majority of the media and went in to enjoy the party. After their arrivals, things calmed down and the media went inside the event to get any extra interviews or photos of celebrity guests including Jordin Sparks, Jerry Bruckheimer, Maria Menounos and more.

After a night of running around like a madwoman, the PR team and I regrouped to review Getty Images photos to select the best red carpet pictures to push out the next day to help gain post event coverage. We picked the best 50 photos and finally called it a night. The next morning we learned the event had set a record raising more than $1.1 million for charity, so a press release was drafted and sent with the approved Getty Images photos. For days after the party my boss and I were consumed with follow-up to ensure that media got exactly what they needed to post about the event including the press release, images, B-Roll; you name it, we sent it. We knew the largest portion of coverage would be after the event, so it was vital to be thorough with follow-up.

A week after the event, Super Bowl coverage was dying down and we owed the client a media report. We were shocked and pleasantly surprised to find that we had generated 540 million media impressions worldwide. That is equivalent to more than $20 million in advertising! Through all of the madness, we made it happen and more than doubled the previous year’s total impressions.

Overall, the event was a truly amazing experience. I can’t thank the UCM PR Program enough for giving me a solid foundation to begin my PR career. The skills I learned brought me to where I am today and were vital to making this project work. I am grateful for this experience and the education that allowed me to be a part of it! 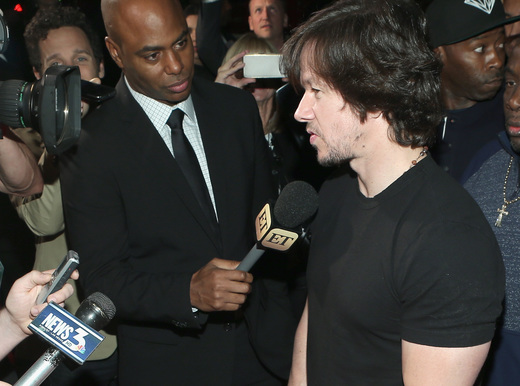 Amanda Moore is Account Coordinator of FleurComGroup and develops media relations programs for Desert Stages Theatre, Pepsi Amphitheater and Wild Game Grill, among many others. A recent graduate of the University of Central Missouri where she studied public relations, Amanda is originally from the Kansas City area, and moved to metro Phoenix to join FleurComGroup.

PRSA certified program in undergraduate public relations education, with growth in graduate education
View all posts by ucm_pr_program →
This entry was posted in Uncategorized. Bookmark the permalink.